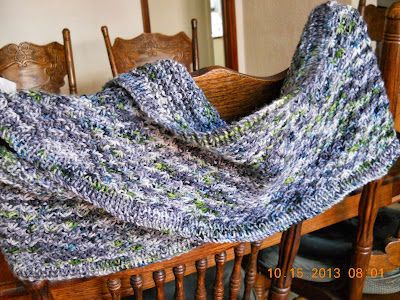 Didn't think this was going to happen, at all--but by golly, I have an actual Finished Object for October!

This is the Denver Cowl. Yarn is Miss Babs Yowza in Shaken, Not Stirred.

Isn't it lovely? It feels so soft and squishy, I don't even feel the need to block it.

It's going to get some wear this year, I predict.

Look how nicely it matches my lime green raincoat! 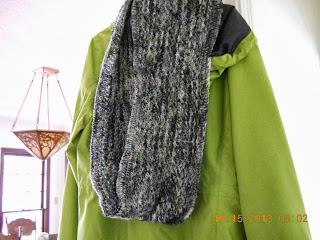 Which just happens to match my car... Oh, and I have a pair of sandals in this color, too.


So, in spite of this being an insanely hectic month, with a lot of lows and even-lowers, and a few not quite so lows, I've managed to plug away at the knitting enough to actually finish something. 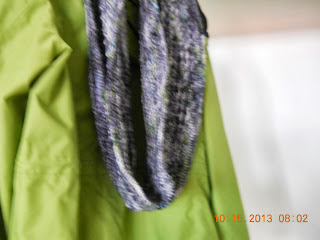 Maybe in time for my next post I'll be able to take some more pictures of the house. It's gradually getting emptier as I move things along to new homes. For instance, this past weekend found a desk and chair, two bookcases, two nightstands, and the beloved  cradle (sob) moving on to new homes.

Next will be moving the two spare beds, the blue chair, and hopefully one of the dressers onward. Those should be going to my Vegas family, along with a few wall pieces.


Ah well, that's the way it goes. I certainly can't take everything with me--not on this move, at least! Even though I don't yet know where that will be, I do know that it will definitely be a smaller place. 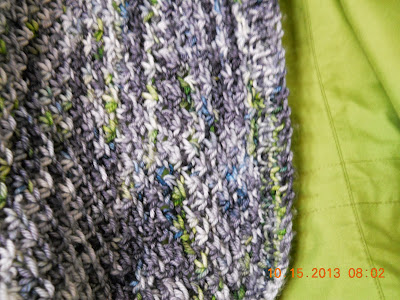 But that's another story for another post. Meantime I'm savoring the very small victory of one finished object.