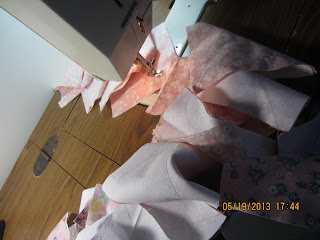 Finallly getting a chance to upload the rest of the pictures from my last post, as well as a couple of new ones.

Here are the white/color squares going through for their second pass.

Two stacks which theoretically will turn out to have the same  number of pieces in them.

On the left, the white/color sandwiches; on the right, the color pieces that will be added to them once they're cut apart and pressed. 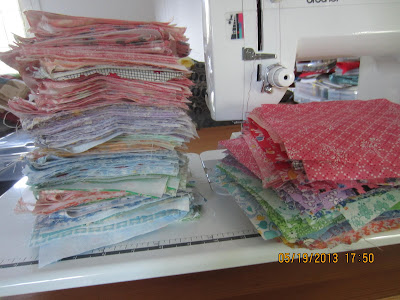 I had a Monday quilting day with my friends, so I used that time to cut my squares in two. On Thursday, when I did laundry, I set up the little ironing station and got them all pressed open.


Of course I had plenty of help from the quilt supervisor!

I got the squares all separated by colors and stacked up more or less neatly. 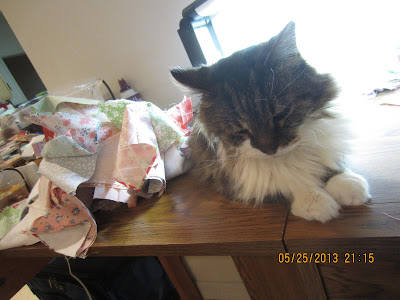 Which, of course, is an open invitation to someone to decorate my stacks with a lot f fluffy fur.

Even though my "boy" is getting to be an old cat now, he's still got an awful lot of floof.

Look at that tail...

Took me a couple of sessions to get through the stack of pink/white squares. 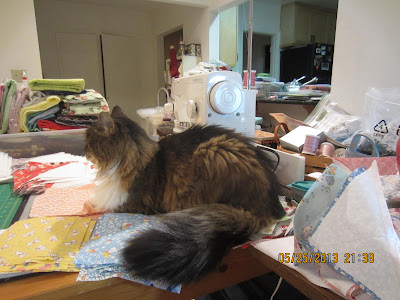 But they're now all sewn and stacked up, and I'm ready to move on to the blue ones.

I'm sewing them starting with the largest numbers first. Not sure if that's the right order or not, but I figure this is going to have a pretty scrappy look when it's done, and it should work out pretty well no matter what I do.

Well, I'm going to find out. 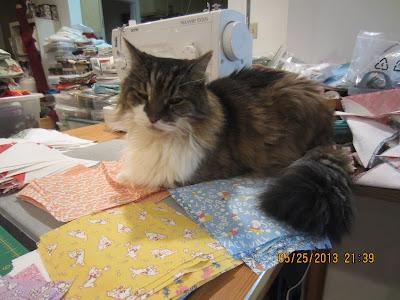 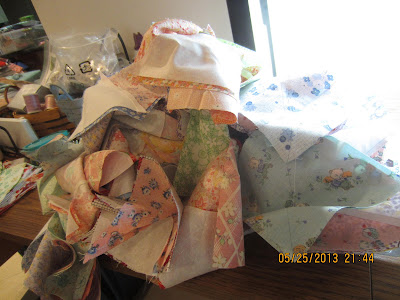 Here's the stack of squares ready for their second pass through the machine.

Once these are all sewn, it will be back to the cut apart and press routine. Then comes the real fun: squaring them up.

I might have to cut and sew the sashes and cornerstones on the Mill Girls quilt as a change of pace. I'm pretty motivated to keep moving on that one, too. I've found a place I want to hang the finished quilt... 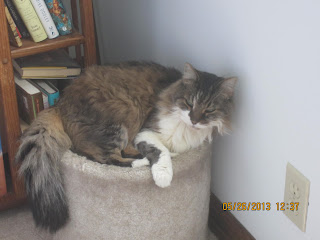 For some reason, this is one of his favorite napping spots. It's not big enough for him. He overlaps it all around, but he loves it, so here it stays. 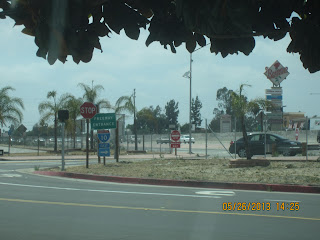 ... and then I hit the road, but that's a post for another day. If you're at all curious, you can check out my Flickr set until I get the post written.

Hint: Today is the G-man's 7th birthday. (It's so considerate of him and his brother, to have birthdays on holidays!)
Posted by mehitabel at 11:52 AM No comments: